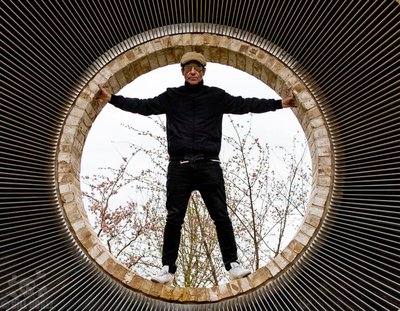 Since their formation in 1996, Dub Pistols have survived international terrorism, inter-band warfare and the wheels falling off their operation numerous times. Now a slickly drilled outfit, they’ve nevertheless lost none of their kick-ass vitality and renegade edge wherever they rock up to play.

The first Dub Pistols album, ‘Point Blank’, came after Barry and one-time production partner Jason O’Bryan had signed to Concrete. Early single ‘Cyclone’ dented the UK Top 40, and other tracks like ‘Westway’ and ‘There’s Gonna Be A Riot’ had enough going on to land a US record deal with the mighty Geffen Records. Constant touring of the States followed while they readied their second album.

Returning to the UK they hooked up with ex-Specials singer Terry Hall and roots reggae great Horace Andy for tracks on ’Six Million Ways To Live’ (ska cut ’Problem Is’ and ‘World Gone Crazy’ respectively), which kicked off their long association with assorted guest vocalists. Soon they were touring with Terry Hall and UK hip-hop don Rodney P, and producing their most accessible album to date, ’Speakers & Tweeters’ — which included a cover of ‘Gangsters’ by The Specials, a live fave, and ‘Peaches’ by The Stranglers.

They then went on to their next album ‘Rum & Coke’ in Barbados the following summer. "Everything we did was just about partying and enjoying ourselves,” Barry recalls and this certainly translates into the tracks they produced.

After the turn of the noughties they returned to more political fare with their ‘Worshipping The Dollar’ LP — featuring vocalists such as Akala and Rodney P — and introduced more of a drum & bass sound into their live sets and new songs. As the decade progressed they cemented their place as one of the mainstay festival bands in Europe — guaranteed to rock the house every single time. Their list of collaborators now reads like a who’s who of conscious lyricists.

Achieving further acclaim and chart success in the last decade with 2015’s ‘Return of The Pistoleros’ and Official UK Top 40 chart and UK Independent chart Top 5 album ‘Crazy Diamonds’ (2017), the band released ‘Addict' in 2020 which in the humble opinion of several of Nibley Bands Team was their Album of the Year.

They were one of the absolute highlights of 2017 and 5 years on we are looking forward to them tearing up the Main Stage as Friday headliner and setting the bar high for the rest of the weekend.