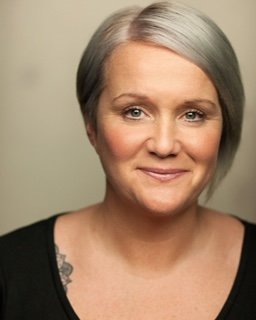 The Comedy Hour is back! This year sponsored by the wonderful Goose & Gander.

Local comedian Cerys Nelmes will again be bringing you a fabulous comedy show on the Cheshire Cat stage with some hand picked UK comedians. 2019 was packed out, and raucous show.

Cerys, born and bred in Wotton-under-Edge, is a professional comedian and actress working all over the world. She has put on numerous comedy shows throughout the UK with regular sell out shows. She lived in North Nibley for a few years, even working at the local Playgroup in the village hall where her son attended.

Fresh from MC'ing the comedy at Glastonbury Festival, Cerys will be curating and compering the  comedy slot.  Cerys has had a very colourful and eventful life which she loves talking about to make people laugh. She performs her comedy in a story telling style with a West Country charm that is easy to warm to.

Those who have seen Cerys will know she has a fantastic stage presence and her audience interaction is flawless. The infamous 'Teenager' appears a lot in her work due to audience demand. Cerys has been making waves in the TV industry as one of the best female TV warm up artists, most recently working for Gordon Ramsey/Studio Ramsey, and alongside George Lamb on Football Tonight for BT Sport and also working for ITV and Channel 4.