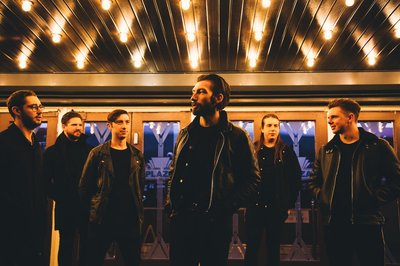 Formed in early 2016, Red Rum Club are a sextet from Liverpool, channelling ‘Tarantino-esque’ wild western vibes with the help of a solitary trumpet. Amongst the 80s Liverpool influence with nods to The Teardrop Explodes, Echo & the Bunnymen and Icicle Works they deliver a modern twist of poetic yet catchy lyrics reminscent of Artic Monkeys combined with melodies that blend to create the sound that is unmistakably Red Rum Club.

Already no strangers to festival stages, having played Sound-City Isle of Wight, Tramlines, Liverpool International Music Festival, Truck-Fest & YNOT, plus an international showcase at Zandari Fest in Seoul, South Korea. We are hugely excited to see this upcoming band  perform on the Nibley Main Stage in 2019.