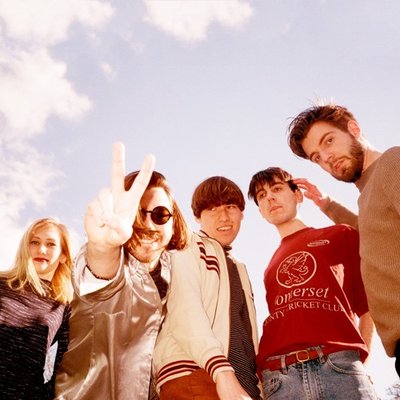 We are very, very excited to bring Bad Sounds to Nibley as the music industry thinks this lot are going to be stellar (so do we!). Not a bad sound to be heard from this band that originates from down the road in Bath - just a delicious fusion of hiphop, electro, funk and pop served up in a totally original fashion. It's a head on collision of pop fun that just simply works. Never did a band have such a good time on stage - it's almost as though they can't believe their good luck to be doing what they love doing to an equally enthusiastic audience.

Having already toured with Rat Boy around the UK and played a number of big festivals the word around Bad Sounds is spreading fast. We've had a number of acts that have gone on to big things at Nibley and we reckon we're bringing you another one.