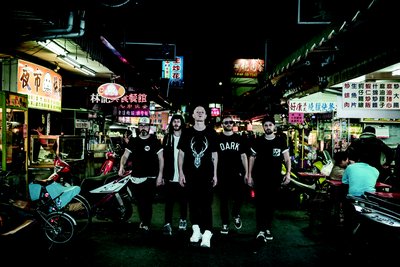 As the band describe themselves "Hip Hop Jim but not as we know it" and that's bang on the money because along with the thrillingly staccato punched, intelligently crafted lyrics, there is an almost Big Band sophistication to the Brass section and a hypnotic quality to the percussion. Everything the band does screams quality - even their videos have a big film cinematographic feel to them. The BBC music website described them as "Frankly awe-inspiring" and that's why they have graced the stages of so many great festivals e.g. Glastonbury, Bestival, Secret Garden Party, Wilderness and have had successful tours as far away as Taiwan and Hong Kong.

This is what Hip Hop should be - intelligent, pumping but sweet on the ear!

Next artist - Danny and the Champions of the World