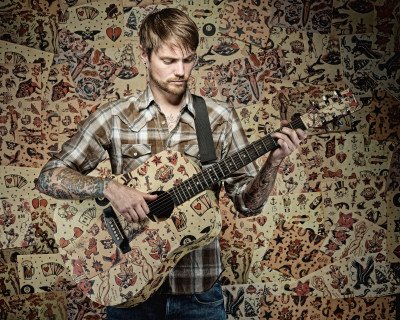 Since winning Acoustic magazine's 2010 Singer Songwriter of the year, he has spent his time on the road, touring the UK and Europe. In this time he has shared the stage with the likes of The Levellers, Frank Turner, New Model Army, Nick Harper, Newton Faulkner, Miles Hunt and many more.

Gaz remains the only unsigned solo artist to sell out The Fleece, Bristol. A feat he has now achieved four times, the last two selling out over six months in advance. He is also a festival favourite often racking up 20-30 appearances at festivals each year.

In short Gaz is a man in demand which is probably why you lot (yes you lovely Nibley punters!) have asked for him to come repeatedly. Well finally we've got our man - Bristol's finest - Gaz Brookfield.