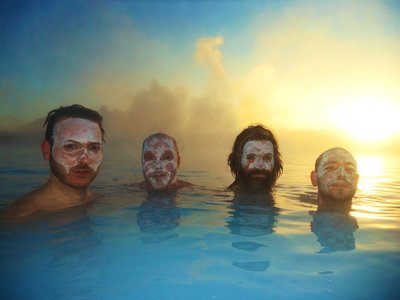 Turin Brakes provided one of the seminal sounds of the noughties. Reviewers and critics cast their net far and wide when trying to describe both their genre and who they've influenced, some arguing without Turin Brakes there would be no Coldplay or Mumford and Sons! Are they folk? - not really, though their acoustic numbers and perfect harmonies sometimes get them bracketed as such. The 2013 hit album We Were Here gorgeously chimes and echoes with the pastoral psychedelia of Pink Floyd, the sunset soul of Laurel Canyon, the blues of the Mississippi Delta and the band's own six-stringed past.

7 top 40 singles and 6 hit albums have meant they haven't really ever gone away. Still as popular as ever, and selling out headline tours around the world, they will provide possibly the most beautiful accompaniment to the famous Nibley sunset - hypnotic, masterful and very much their own, we are exceptionally proud to have Turin Brakes in our corner of England this July.Trust us - we've wanted this band for a long, long time!