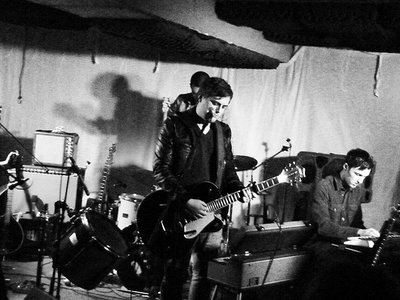 There are times when it’s the musical talent that you notice first and that is certainly the case with Twin Falls – great musicians making beautiful music. At times other-worldly and ethereal, at times just good old fashioned folk with an Indie twist, Twin Falls simply deliver uplifting music.

We’d like to say we spotted them first, but they already have a number of high profile admirers. On its release in 2012 BBC Radio1 immediately gave the single ‘Janie I Will Only Let You Down’ daytime play-listing. The band were featured on Huw Stephens, Scott Mills, Greg James, Annie Mac and several other primetime shows. Over on BBC6 Music both Steve Lamacq and Tom Robinson became quick fans. Lamacq eventually interviewing Stidson (the band’s lead singer) on air and dubbing Twin Falls “lo-fi romantics”.

You might just fall in love with this band – they seem to have an ability to get under your skin (in the nicest possible way!)