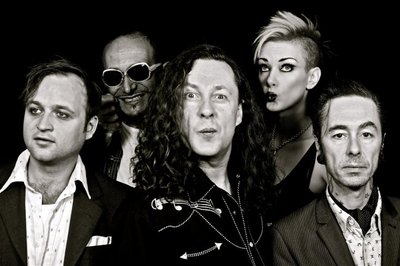 Nibley has wanted to get this band for many years simply because we know what they can deliver – an on-stage performance that will live long in the mind and bring a smile to the face. In 2013 Q Magazine referred to a Stuffie concert as “a 75 minute masterclass in giving the public what they wanted” and we won’t argue with that august publication. They have a timeless appeal because they never really courted a self-conscious “pop image”. Their songs are funny, irreverent , upbeat and when delivered live, give the audience permission to party (and we do like a party at Nibley). Perhaps their innate sense of humour meant they were the obvious band to team up with Vic Reeves for their most successful hit, “Dizzy” which climbed to the top of the UK singles charts. Of course they had hits both before and after – in total they have had 5 top 40 albums and 13 top 40 singles in the UK. They also made significant inroads over in The States such that one hit was only ever released for the American market.

For all their success The Wonder Stuff really wasn’t about platinum discs or celebrity lifestyle - theirs was, and still is, about delivering great music you can jump about to, sing along with and generally have a laugh alongside. They are completely our type of band and we know Nibley will be very vocal participants at their party!