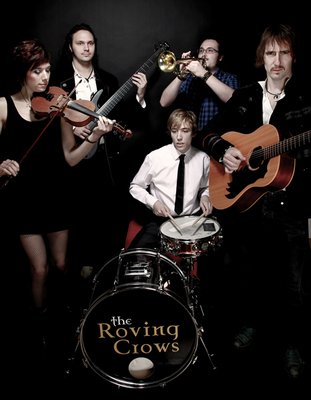 If there was one band that suffered the most with the rain last year it was The Roving Crows. We had been looking forward to their set so much but with the downpour and the scary collection of water on the mainstage roof we had to move The Selecter onto the Renishaw stage and cut short The Crows set (just as they were getting going). The band were lovely about the whole thing but we felt really bad, not least because they are just so good! As you know they won the 2012 Irish Music Awards for Best Celtic Rock Band and Best Fiddle Player – the Roving Crows are the real deal when it comes to getting a crowd going Celtic style. With Irish roots, the band are now West Country based. Their act can move between relentless reels and uplifting, soulful tunes, but in the main they deliver up-tempo crowd pleasing, original numbers – if you are not up and dancing to the Crows then you’ve lost your lust for life somewhere along the way. Fantastically talented musicians they might be but The Roving Crows capture the true essence of Irish folk music – a group of people having fun and letting their hair down. We know that the Nibley crowd will (yet again!) love this band, and we are thrilled to have on board one of the very best Celtic Rock bands around.