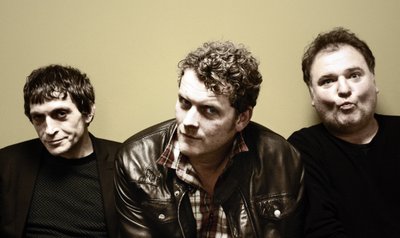 If Britpop was for many, the irritating spats between Damon and Noel, then Dodgy was the antidote to all of that. Sometimes described as Power Pop Rock, this Indie trio hailing from Reditch originally put a smile back on the nation's face. NME once said of them that festival promoters would leave a slot open in the sure knowledge that Dodgy would turn up and steal the show. For the 90's generation they symbolised an innocent form of hedonism - festivals, summer sun and good times. The band seemed to have found the perfect recipe for a rock song - great guitar riffs and choruses demanding to be sung along to, all put together with a genuinely happy vibe. They associated themselves with a wide variety of good causes and charities, something which is often forgotten amidst the joyful tunes. Festival crowds loved them and people went out and bought their records in their droves (they reached the top 40 singles chart 9 times) and yet at their height the band dissolved. Luckily for us the lads reformed back in 2008 to the delight of many. They have since played the likes of Glastonbury and have an eagerly awaited new album due out in February 2012 - perhaps we will be listening to a string of new hits come July 7th?