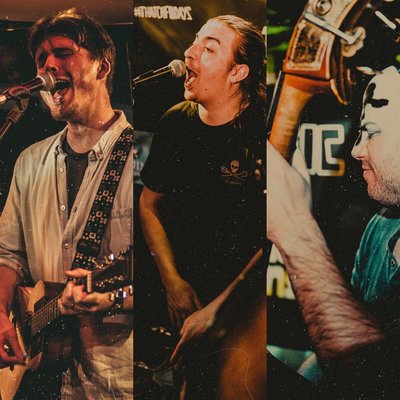 Thrill Collins are a UK based skiffle-pop trio who have a habit of rearranging the most epic pop songs of all time into spectacular medley marathons. Festival faithfuls for almost a decade, they have been performing since 2010 entertaining audiences around the world.

They are one of the most entertaining festival acts that we have seen in the 15 years of running Nibley. We used to have the mantra when booking bands of "no repeats", but they were first band we broke this rule for, and we are happy we are doing so again. They are guaranteed to raise a smile as you dance along. We simply love them, and we know you will too. But if you dont believe us, have a read what some "lesser known smaller events"  have to say about them;

“Amazing... Prepare to be blown away” - Glastonbury Festival

“Energy that can smash main stages across the world” - Bestival