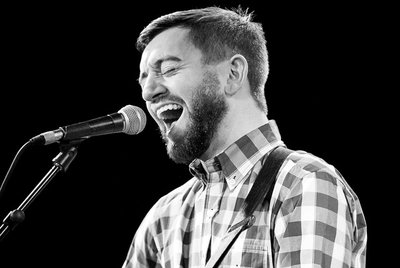 Nick Corbin (former front man of New Street Adventure) spent 2018 in good company, touring with the likes of The Milk, Stone Foundation and The Spitfires as well as opening for Mavis Staples (twice!) at London’s iconic Union Chapel and for Tom Odell at three Pub in the Park festivals.

Alongside an even busier live schedule this year, Nick will begin recording his debut solo album in February with producer Gavin Monaghan (Editors, Paolo Nutini, OCS, The Twang, Robert Plant) at Magic Garden Studio in Wolverhampton.

Many of Nick’s songs have a strong social conscience, although he is just as comfortable singing whimsical ballads as he is commenting on the trials and tribulations of the UK government.

Expect an eclectic set of hard-hitting, soulful tunes with a distinctly British edge and keep your eyes peeled for new releases later this year.

Next artist - The Roustabout Collective