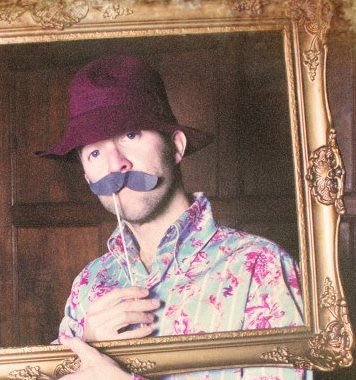 Liechtenstein has an area of just 160 ㎢ so everyone who lives there has to be lean…Lord Funkenhausen was no exception.

Arriving from a distant star system, his pod landed in the depths of a forest where he was brought up by wolves. As a toddler, he would move to the rhythm he found in their howling - a phenomenon witnessed by an American (who was later inspired to make an award winning film).

Aged 8 he strode out alone to the village youth club, lured by the promise of skanking to the Two Tone and ska pushed by the unemployed ne’er-do-well-youf-done-good; thereafter, whenever life’s path crossed a dance floor, he would loiter… waiting for the right groove to stir his limbs … in the early 90’s he stumbled into the Lazy House and the Devon free party scene (where they favour a deep and groovy greeting of the dawn)… all of which has provided a firm foundation for his appreciation of what makes a foot tap.

We are unsure what any of the above means, but we can confirm that since Wotton's first Eclectic Avenue, the Lean Lord Funkenhausen has kept his music policy simple: anything that dislodges his discerning disco dancin’ shoes from the stationary position in a rhythmic fashion is the right thing to play and we know you will agree.