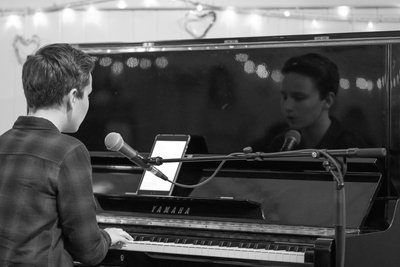 Opening this years festival is local singer songwriter Josh Goodchild is a 14-year-old who started playing the keyboard at the age of 7 and writing songs by the age of 8.  Josh won the Edge Factor talent show in Wotton in November 2016.  This was his first performance outside of school as well as his first competition, so he was thrilled to be the winner!

Since then he has performed at many Under The Edge Arts events in Wotton-under-Edge, and at the Music in the Meadows Festival .  He has also supported various charity fundraising events such as Rory's Well. He is influenced by artists such as Tom O'Dell and Sam Smith.