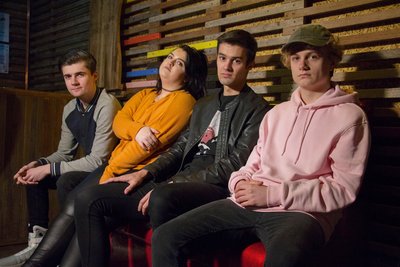 Local Stroud/Wotton based band Corrupting Joise will be opeing the Cheshire cat stage on Saturday. They were formed in 2015 out of a mutual need to write and perform. This female-fronted British roots rock band consists of Lola, writing and performing personal story-telling; Oliver on bass, drummer Joe; leaving Tom and Harry to bewitch on guitar. They have grown up with, and pulled influences from, the likes of Paramore, The Cure and Weezer to name but a few. Their sets include a great mix of original material and indie covers, a perfect way to start the day.

Next artist - The Minke Whales