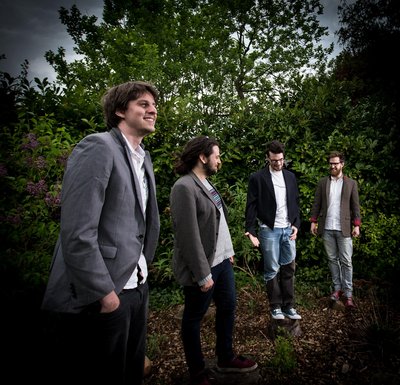 The Longest Johns is a four-man, a capella folk music band, born out of a mutual love of traditional folk songs and shanties. Formed in the early summer of 2012 and hailing from the Bristol area, they purvey popular maritime songs alongside more unusual and less traditional folk tunes.

Their debut EP, ‘Bones in the Ocean’ containing 5 self-penned originals, was released in spring 2013 to widespread acclaim from the folk community. In the live sphere, the chaps continue to make a name for themselves and their performances on the local scene and beyond, having entertained crowds at the likes of Falmouth International Shanty Festival, Bristol Harbour Festival and the London 2012 Olympic Park.

A big row-ho-ho to start the Friday night campsite celebrations!