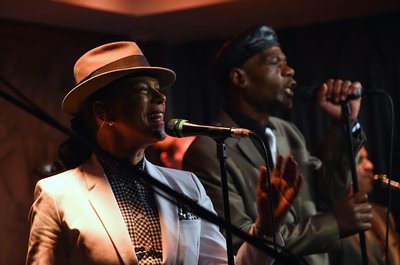 Featuring the vocal line-up of Pauline Black and Arthur "Gaps" Hendrickson that catapulted them to success, Nibley is in for another foot-stomping treat this year! Along with fellow Coventry two-tone legends, The Specials, The Selecter were at the forefront of the British ska revival. Classics like "On My Radio", "Three Minute Hero" and "Missing Words" were pumped out with the backbone of the Hammond Organ and Pauline's distinctive rude-girl delivery. As with many of their contemporaries, the instinctively danceable tunes belied a number of political messages - not least that of multi-cultural inclusivity at a time of disharmony in many British cities. As the front-person it could be argued that Pauline also became one of the first exponents of "girl power" in a male dominated industry (although this was always inferred at the time). As with most bands the inevitable split was followed by several reunions. The band has been back with Pauline and Gaps at the helm for a few years now and they have graced the stages of many of our much larger summer festivals, as crowds have flocked to remind themselves of the sheer energy, urgency and fun that The Selecter have always delivered.

Next artist - The Christians