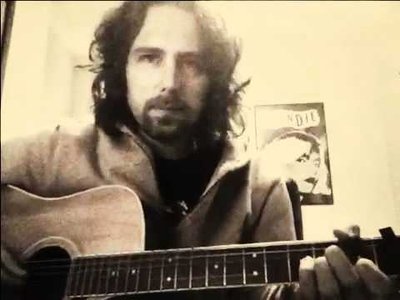 About 10 years ago a young guy from a tiny town out in The West was summoned by the executives at Atlantic records to a meeting in New York. He was asked to play to 200 staff in the foyer of Atlantic whilst Armet Ertegun (the man that discovered Aretha Franklin and Ray Charles) cast his eye over him. He was signed up immediately, and not long after had a song featured in a Hollywood Movie starring Colin Firth. Sadly Atlantic got into severe internal difficulties and the album was put on hold. He had to get himself out of his contract and it took a full six years to eventually release the album! Sadly the moment had passed and he had to get on with making a living outside of music (although he carried on gigging and producing more work).

The small town in the West was our very own and the guys name is Gavin Thorpe! Gavin has one of the sweetest natural voices you will ever hear, a style not dissimilar to David Gray (a contemporary back in the day) and a genuine down to earth approach to his music. He is a breath of fresh air and he is here at Nibley on the road back to building the massive career he always deserved.