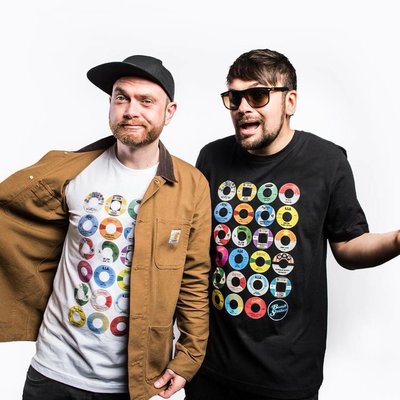 After breaking onto the scene with a Mixmag ‘Tune of the Month’, The Allergies (DJ Moneyshot and Rackabeat) continued in their mission to bring re-fuelled funk and feel good hip-hop to the masses.

The three LPs that followed on Brighton’s Jalapeno Records, were sonic steps forward for the pair winning them die-hard fans and BBC 6 Music ‘Album of the Day’ and ‘Album of the Year’ awards along the way.

Due to unforeseen circumstances The Alllergies will be now be playing a DJ slot on Mr Whompy rather than the full live show.