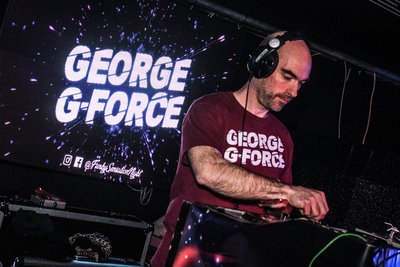 After learning his trade on the decks in the late 90's playing free parties and clubs across Wales and the South West, George Penny aka George G-Force has come out of retirement and ready to bring the heat with a unique blend of nu-disco and classic/vocal/funky house vibes.

George regularly plays at some of the coolest cocktail bars and clubs in Bath, Bristol and has recently launched, ‘Funky Sensation’ a club-night promoted by G-Force with the ethos of trying to bring the fun back into clubbing with good old uplifting, hands in the air music….. If it’s a tune, it’s a tune no matter when it was produced!

Last year saw G-Force making his debut with the online radio station 'Love Summer Radio' with numerous guest mixes and his first steps on the festival circuit with appearances at Minety Festival, Lakefest and Shindig. He now looks forward to playing on the Renishaw Stage at Nibley.